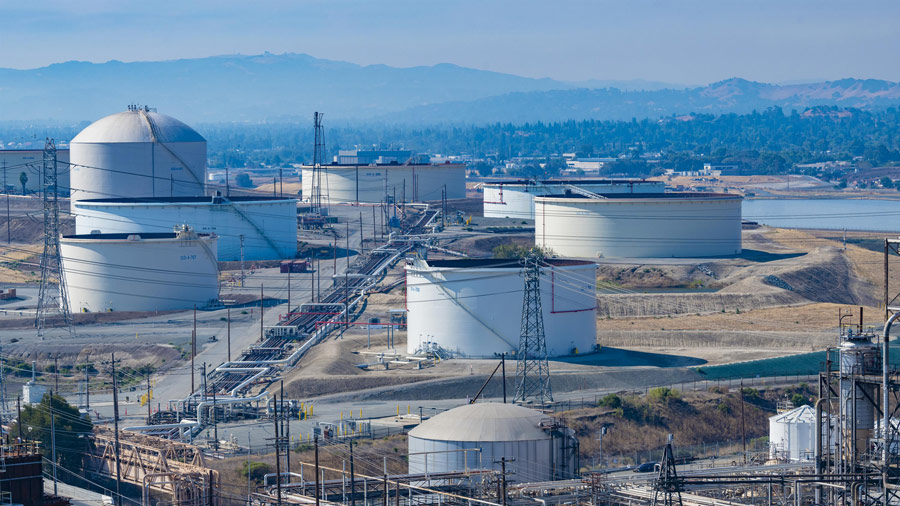 “No part of the Martinez Renewable Fuels project is simple, and we’re fortunate to have such a talented team working to make this complex conversion a success,” said Program Director John Stefko. “One of the best indicators of our project’s scale is the amount of materials and equipment we will be procuring and the number of people we will be deploying to make this project a reality.”

Just a few of those quantities:

10,000 cubic yards of concrete: This will be used primarily to build foundations for new and relocated equipment inside the facility’s existing operational areas.

2,200 pilings: Pilings are typically pipe, steel, or concrete beams driven into the ground and are used to support equipment. The pilings for the Martinez Renewable Fuels project are primarily in the new feedstock pre-treater and new wastewater treatment areas.

2,700 tons of steel: This steel will be for new structures associated with new and relocated equipment, as well as pipe racks, which are structures that support piping that traverses the facility’s operational areas.

30 miles of pipe: The Martinez Renewable Fuels project is reusing existing equipment, including piping, wherever possible. Piping being installed includes a wide variety of pressure ratings, thicknesses, and metallurgy (65 specifications in all).

4,000 piping tie-ins: All that new piping needs to be connected to existing pipes, or “tied in.” The project’s extensive reuse of existing piping results in the large number of tie-ins.

120 miles of cable and wire: This includes electrical power and process data connections that make it possible to monitor and control all operations from a central control room.

4 million hours: The project as a whole is expected to require approximately 4 million construction worker-hours to complete.